Le Rove: Visit to the Côte Bleue Marine Park – The only Natura 2000 site at sea to be classified as a Green List site 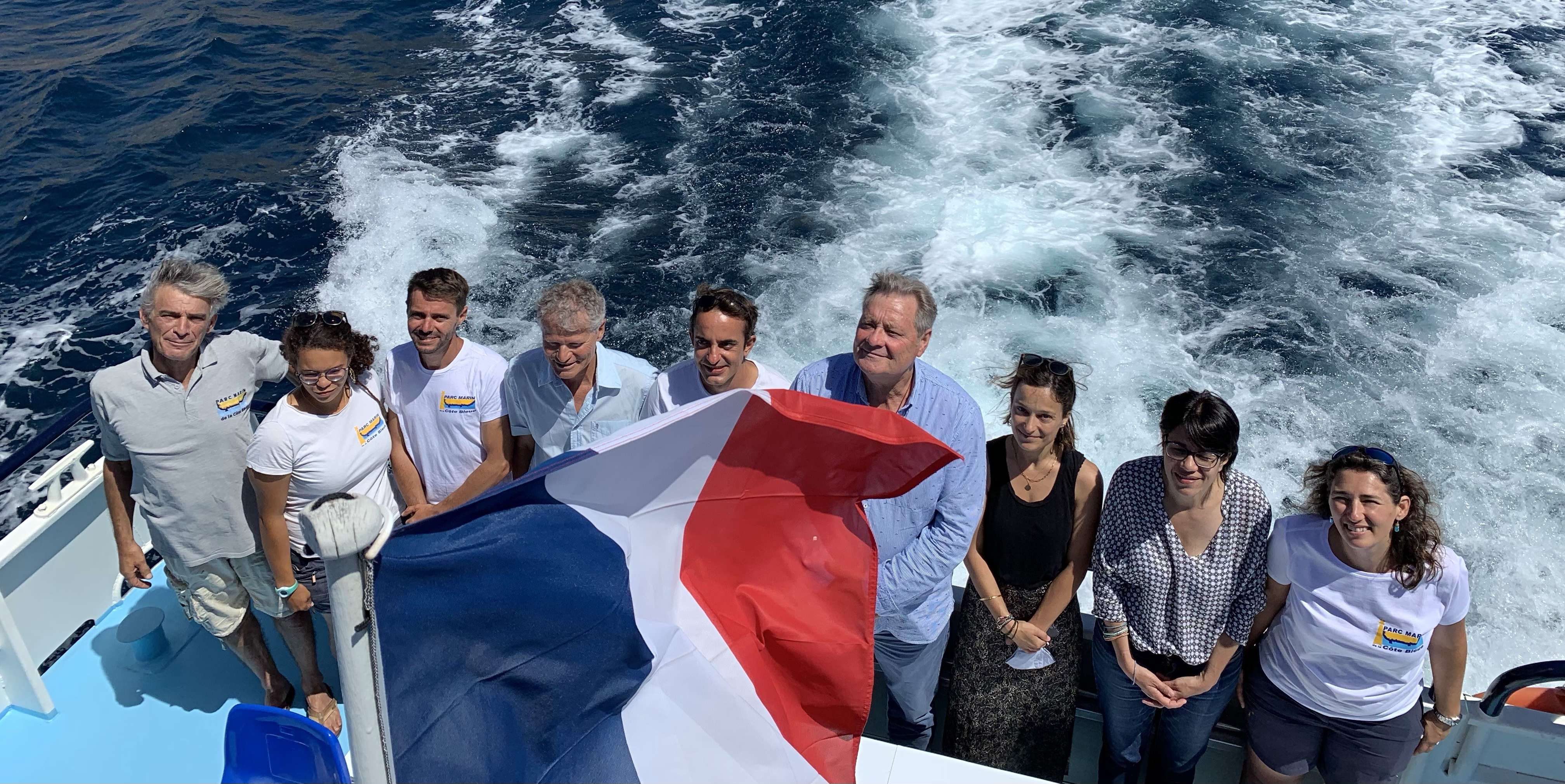 The Côte Bleue Marine Park organised a visit to the sea for the elected members of the Syndicate Committee, the partners and the technicians concerned from the communities of the five communes forming the perimeter of the park. The mayor of Le Rove, Georges Rosso, was accompanied by the elected members of the union committee, Paul Sabatino and Michel Jauffret, as well as his assistant, Thierry Chauvelot. Among those present were numerous personalities such as Frédéric Bachet, the park’s founding director, Alizée Angelini, the park’s new director (in post since 14 June) and Maud Lelièvre, President of the French Committee of the International Union for Conservation of Nature (IUCN). The latter wanted to visit the marine park, the first protected area in the region to be included on the IUCN international green list in 2018 (39th area).