Conference of the Parties to CITES: How to address the fight against wildlife trafficking 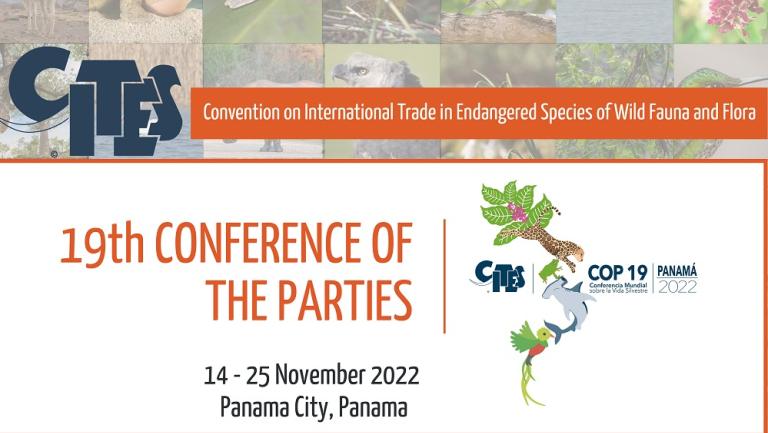 Over the next two weeks, Panama will host the 19th Conference of the Parties (COP19) to the CITES. Two weeks that will be key for the future of our wildlife ecosystems. As a global conference dedicated to the preservation of wildlife, the Summit will host government representatives from all over the world, as well as from intergovernmental and non-governmental organizations, along with some private sector actors.

Wildlife ecosystems are essential components of our very own survival, regulating a myriad of natural processes and providing crucial benefits for life. It is critical to recognize that in addition to their intrinsic value, wild fauna and flora contribute to ecological, genetic, social, economic, scientific, educational, and cultural aspects for the sustainable development and well-being of our own species.

Today, these ecosystems are under threat from a myriad of causes, all of which are human-induced. Among them, climate change is seen as one of the major pressures driving massive biodiversity loss worldwide. The fact is that the drastic and rapid climatic variations we are currently experiencing prevent species from adapting to them in the short term. To give us an idea of the impact of this phenomenon, it is estimated that one out of every six species of animals and plants in the world will become extinct as a result of climate change.

Wildlife trafficking also adds to this long list of causes. According to the United Nations, of the eight million animal and plant species identified, around one million are or will be threatened with extinction in the coming decades. Based on these estimates, illegal trade puts nearly 7,000 species of animals and plants at risk in more than 120 countries around the world. With billions of dollars in revenue annually, international wildlife trafficking is a very diverse trade, as it covers not only animals and plants but also a wide range of wildlife products. In addition to the threat this illegal trade poses to biodiversity, it also extends to other areas, feeding criminal networks, sustaining the corruption that fuels it, and producing serious consequences in terms of public health and safety.

In this sense, COP19 offers an opportunity for international actors to renew their commitments and strengthen the legal protection provided by CITES. This meeting is the occasion to formalise regulations and reach agreements at all political levels – local, national, and international – to effectively combat animal trafficking. For this, it is necessary to find solutions that promote i) the reinforcement of airport surveillance, where prevention and sanction campaigns are promoted, as well as a change in airline policies that promote excessive or illegal cargo. ii) the reinforcement of the regulation and law on the environment and conservation of CITES species, so that the proposed sanctions give the corresponding importance to this type of trafficking, just as it does with drug trafficking. Finally, iii) increase the financial resources for the divisions or organisations in charge of combating animal trafficking, in addition to taking care of the animals arriving on the territory.

More than any other ecosystem, wildlife reminds us of our connectivity with other species, along with the natural processes that sustain and support us. It is therefore time to recognize our responsibility toward the living beings that are part of these processes and intensify the development of appropriate rules and regulations to safeguard our wildlife species.

This site uses Akismet to reduce spam. Learn how your comment data is processed.