Elle magazine: In Paris, for an event organised by the Jane Goodall Foundation, I presented my point of view on how to take action. 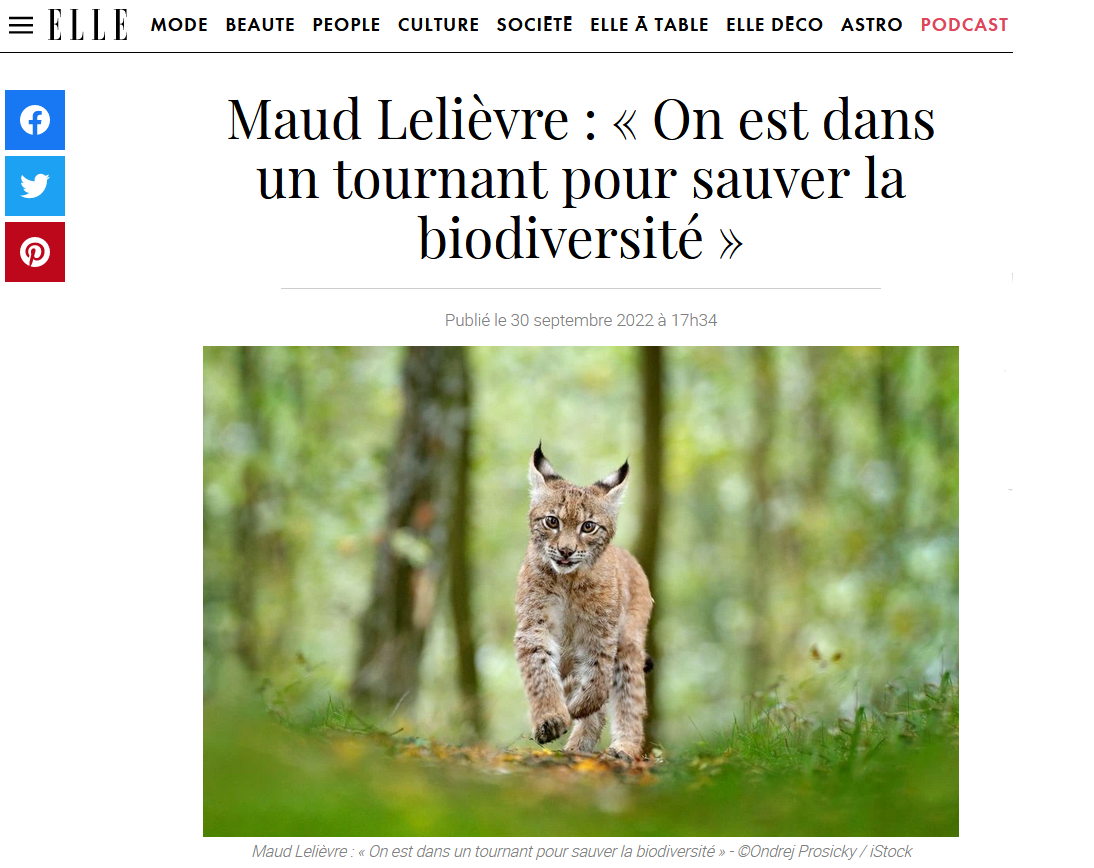 Sixth biodiversity extinction crisis: for the first time in history, biodiversity loss is linked to human activities. The rate of species extinction (68% of vertebrates since 1970) is 10 to 100 times higher than it should be naturally. No other species are being born in parallel. This is due to the destruction of ecosystems and habitats, the use of pesticides, the overexploitation of resources, the increase in noise and light pollution… And, of course, global warming.

Today we are at a turning point to save biodiversity, and there is a lot we can do as citizens! For example, to fight against imported deforestation, which weakens biodiversity, we can inform ourselves and be careful about the type of wood we buy…