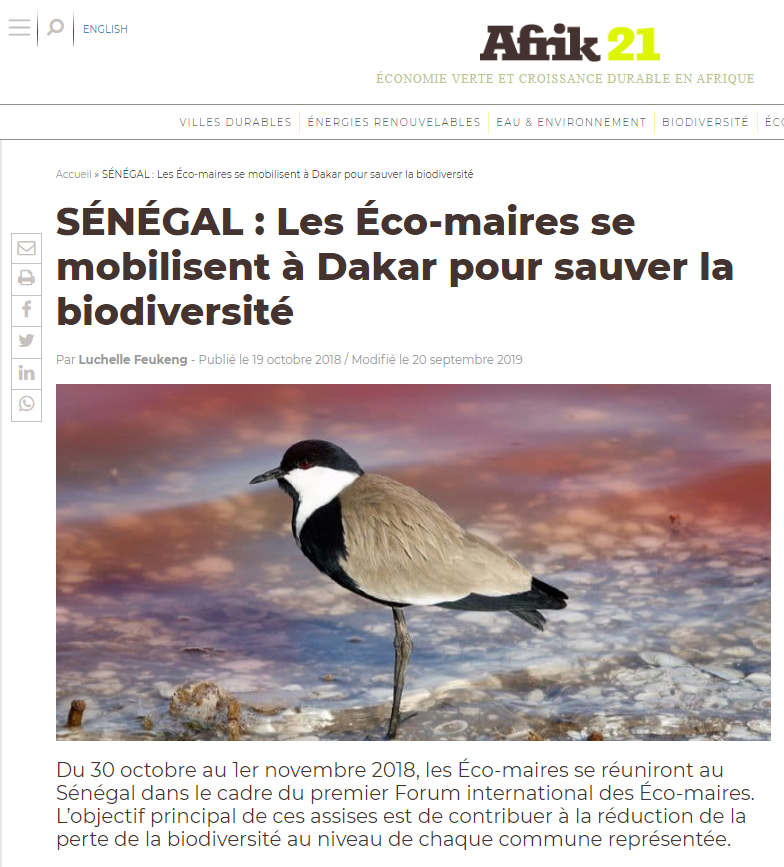 I have been elected as the general delegate of the international network of local authorities since 2001. During my tenure, I realized the essential role of communities in the preservation of the environment.

The perfect example of my commitments is the numerous partnerships I led in Senegal, a place close to my heart. Senegal has 500 town halls, and the problem of protecting biodiversity is topical for each of them. According to a report by the Senegalese Agency for Statistics and Demography, the country has 6.3 million hectares of natural forests in 2007, compared to 11 million at the time of independence in 1960. Between 2005 and 2010, forest cover has experienced an average annual loss of 40,000 hectares. Senegal’s forest potential has deteriorated sharply due to consecutive droughts, reduced rainfall (between 20 and 25% each year), other natural causes (such as erosion, bushfire), and human activities. The report also points to the production of firewood (which increased to 116,505 cubic meters in 2013 from 80,864 in 2010) and charcoal (the country produced 44,287 tons in 2013). These factors also accelerated deforestation.

Plant species are also naturally threatened. They decreased by 25% in Niokolo-Koba National Park. Damaliscus and giraffe are now missing in this region; the Derby elephant and eland are becoming increasingly rare. However, Senegal’s geographical location gives it favorable conditions for diversification of ecosystems and species. The country has more than 3,500 plant species and 4,330 animal species. The country has six national parks and some 30 natural reserves, with 8% of the national territory.
This potential in Senegal needs preservation, which can only be done by closely involving the population, elected representatives, community bodies, and the state.

See the article on Afrik21 (french)