INTERVIEW OF MAUD LELIEVRE: “THE PRESERVATION OF NATURE HAS TO BE EVALUATED ON ITS OWN VALUE” 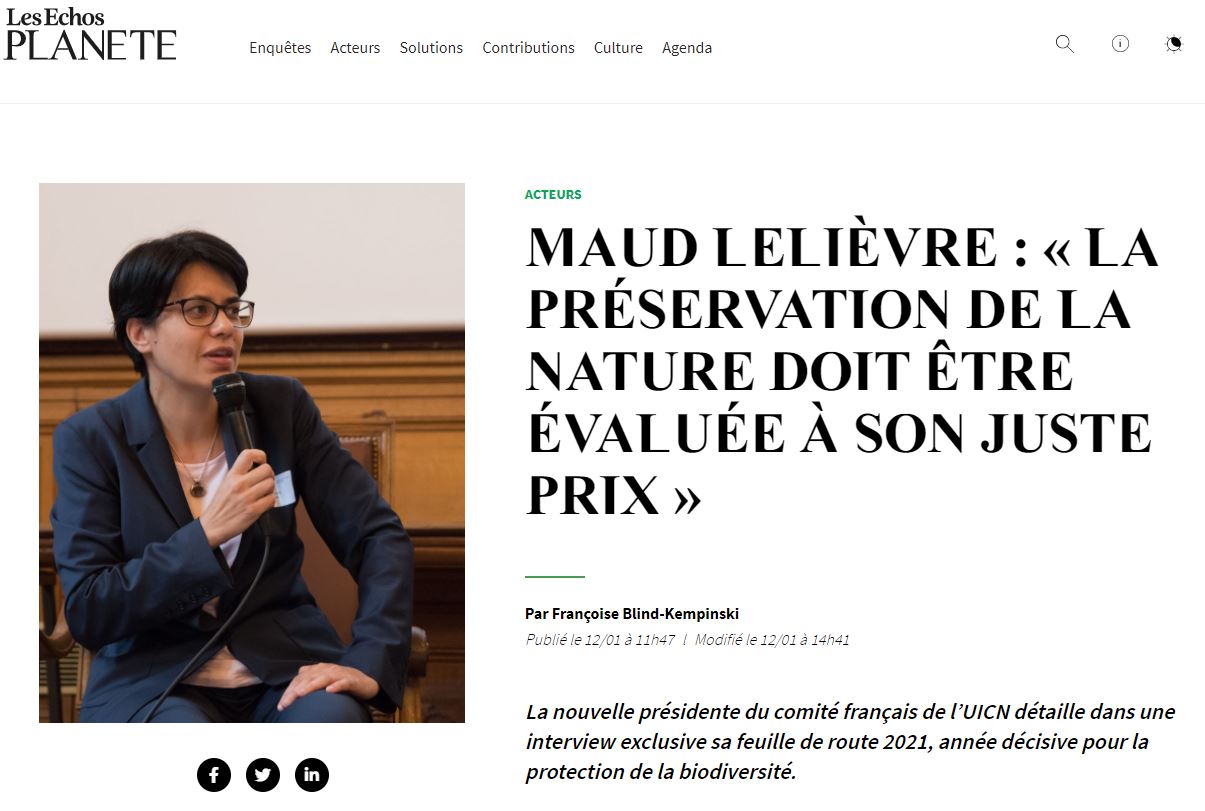 The new president of the IUCN French Committee shares in a exclusive interview, her roadmap for 2021, a critical year for the protection of biodiversity.

Elected in December of 2020 to head the French Committee of the International Union for the Conservation of Nature (IUCN), Maud Lelievre will be leading the International Congress of IUCN in Marseille, next September. The International Congress, which takes place every four years, had to be delayed by one year due to the COVID-19 pandemic.  The year 2021 is shaping up to be a critical year for biodiversity, beginning with the One Planet Summit hosted by France, followed by the United Nations Conferences on biodiversity (COP 15) in China, and finally, the COP 16 on Climate in Scotland. These conferences are expected to result in signed declarations by member states, but what will concrete actions on the ground look like?  As a former environmental lawyer and newly elected president from the field (she sits on the Paris Counsel after having served as a municipal councilor in Saint-Denis), Maud Lelievre shares her vision and priorities for the future